How does a Singer/Songwriter without a record deal or a manager release 12 independent albums, take his music international, work with some of the biggest names in music, and feature in a movie with John Oates in a Brian Johnson film?

Rich Hardesty is an independent artist from LaPorte, Indiana. His passion for music began early when his mother started him on piano lessons at the age of 8 sitting on the bench next to him. As he grew older, he taught himself guitar, harmonica, a little percussion, and the art of performing on a unicycle on a treadmill. He then decided to record his first album, “Jones’n”, in 1992. This album launched his 20+ year music career once his college fans went crazy over the album. 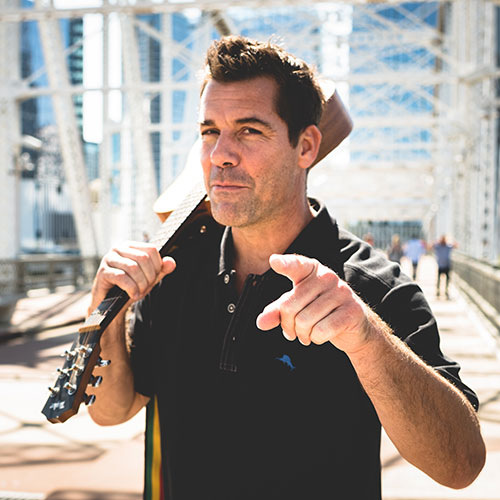 the diversity of the beautiful world constantly surrounding and inspiring him. He takes his fans on a unique “Jamerican” musical journey by fusing the emotions of the tropics of Jamaica with his feel good vibe from the corn fields of Indiana.

Rich’s style beautifully blends the lively sounds of reggae, the mellow moods of an acoustic songwriter, the storytelling of a true folk lover, and elements of rock ‘n’ roll to deliver music that is authentically Rich. His music is truly a reflection of his life.

Rich’s style beautifully blends the lively sounds of reggae, the mellow moods of an acoustic songwriter, the storytelling of a true folk lover, and elements of rock ‘n’ roll to deliver music that is authentically Rich. His music is truly a reflection of his life.

Because of his travels through Jamaica over the years, Rich was fortunate enough to open for Skip Marley at Bob Marley’s 71st birthday bash at the Marley Museum in February 2016. This coincided with the launch of his album “The Sunset Show” featuring Julian Marley, Bongo Herman and Sly Dunbar, which led to a show with The Wailers in his backyard at The Vogue Theater in Indianapolis, IN. 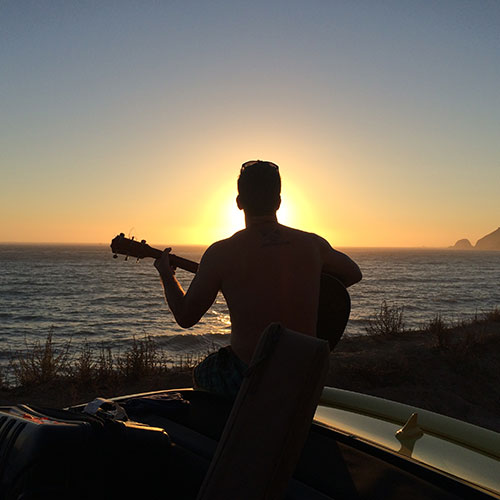 He has also toured

with Pepper and Slightly Stoopid as well as recorded with Greg Wright from Michael Jackson/Mick Fleetwood, Dig Lewis from Tina Turner/Stevie Wonder, Moe ZMD from Mellencamp/Wallflowers/2Pac, Michael Smith from The Why Store, and a host of other artists over the years.

He was also the headliner for John Mellencamp’s 50th birthday celebration, and has had many endorsements throughout his career.

Simply put, Rich has a musical magnetism about him. His fans love him for both who he is and the music he creates. His ability to guide listeners on a journey from the island jungles to the corn fields to the beaches of the world through music and back again is unmatched in its depth and authenticity. Dive into the ocean of Rich’s music and let him paint his pictures in the landscape of your mind. 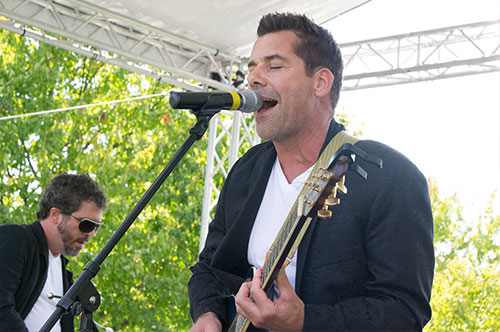 Rich is launching his new EP